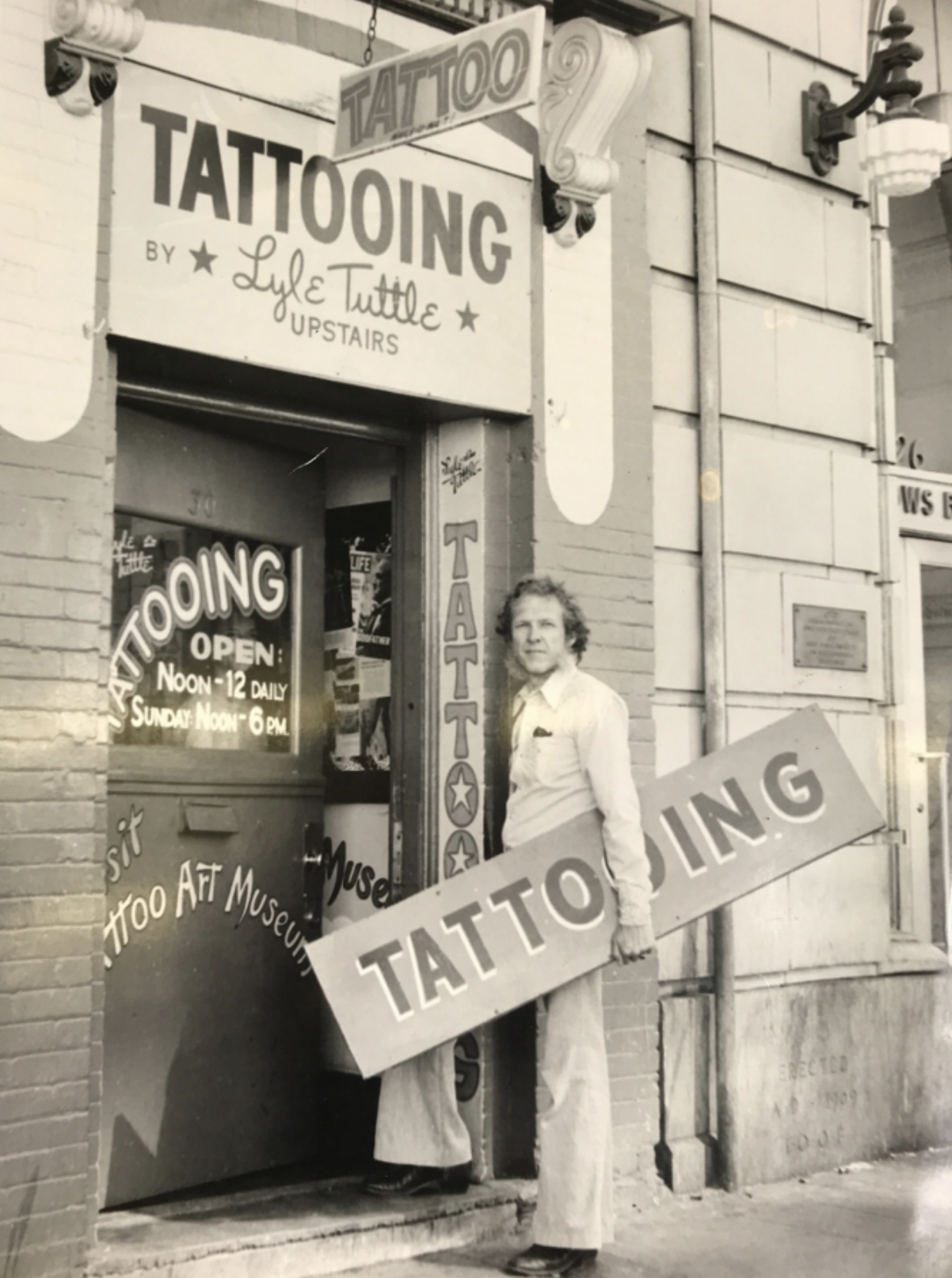 Lyle Tuttle’s professional tattoo career spans seven decades and began in San Francisco in 1948. His 7th St. shop ran from 1960-’89 and was a hotspot for the Summer of Love generation and where he tattooed many stars including The Allman Brothers, Joan Baez and Janis Joplin. His cover feature on Rolling Stone magazine on October 1st 1970 helped catapult him to international fame. His tattooing Janis is widely viewed as a pop culture event that led to women feeling social acceptance in getting tattoos and marks a solid place in the Women’s Liberation Movement. His Columbus Ave. shop has been running since 1977 and this year we celebrate the 70th anniversary of Lyle’s tattoo career. Lyle is the premier authority on Tattoo History and its practices and he’s highly revered by the tattoo community worldwide. His creative talents include tattoo design, tattoo machine building, and jewelry design, all of which he has given popular seminars and lectures on to the tattoo community and general public.

Lyle Tuttle’s Tattoo Art Collection includes the best and most beautiful examples of American and international tattoo “flash” design sheets, photography of early American tattooed people, tattoo business cards, and print and artifacts dating back to 400 AD. The Lyle Tuttle Collection documents not just popular worldwide tattoo culture, but social and multi-cultural history as well. Lyle continues to travel regularly around the world, and now shares his traveling museum of Tattoo Art History at tattoo conventions with thousands of people young and old. He has tattooed and been tattooed on every continent, and prides himself on continuing to broaden his eclectic circle of friends.